Q.  Hudson, what a sweet round of golf that was.  I think it could have been lower.  Of course that’s what I was thinking watching you, but you had to feel good about the final result?

HUDSON SWAFFORD:  Yeah, absolutely.  I mean, that’s golf, it could always be lower, but made a good putt on 2 to kind of keep things going.  It was solid.  I gave myself a lot of chances today, that’s kind of what I was looking for coming out early.  Missed it in the left rough on the 10th hole, the first hole of the day, and hit a great 9‑iron out of the rough and made a putt from just on the fringe, that kind of got me rolling.

Q.  No. 8 you impressed me, too.  You drew a bad lie in that fairway bunker, popped it out on the fairway, had a little longer third shot than you probably thought, played it safe, hit the putt.

HUDSON SWAFFORD:  Yeah, I mean, that’s all we’re trying to do, just give yourself a chance.  I feel like I’ve been rolling it pretty good.  Took some time off, which was nice, after China.  I was kind of frustrated with the golf a little bit.  Took a little time off and got back into it.  Something just kind of started clicking, but knew I don’t have to be crazy aggressive and just give myself a chance.

Q.  You’re playing with a couple fellow Bulldogs, Brian Harman and Bubba Watson.  How fun was that?  The crowd seemed like they were pretty jacked up?

HUDSON SWAFFORD:  Yeah, it was good.  We were right in the heart of Dawgs territory, mine and Harman’s backyard, so it’s kind of nice.  We got a great little crowd out there of Dawgs, saw a lot of red, seeing a lot of Gs, so it was good.

Q.  And yet your caddie wore a shirt that had this huge Auburn Tiger on it, and after last Saturday, how did he get away with that?

HUDSON SWAFFORD:  We don’t need to talk about that.

Q.  I mean, that was loud and proud for him.  Got to ask you about your golf bag, too.  Big Hud, that’s what it says.  Most guys have their name.  Tell us the story behind that.

HUDSON SWAFFORD:  Yeah, no, it’s kind of just what everybody calls me, that’s kind of a nickname.  Bridgestone put Sneds on there and they just kind of wanted to do some nickname, especially for a home game.  Whether it will stay, we’ll see, but no, it’s good.  It’s good to see.  Gives me a little lighthearted mood out there, which you need.

Q.  Hudson, a little bit of deja vu.  Last year you played really, really well also through the first two rounds.  What did you learn from that experience last year?  I know you didn’t have the weekend you wanted to.

HUDSON SWAFFORD:  Yeah, I struggled on Saturday last year and it played really tough on Sunday.  Just coming out and give yourself chances, you could kind of get the golf course today with the greens being a little receptive and unbelievably in great shape.  The golf course is in perfect shape.  I just told DJ we need to give ourselves a chance whether it’s 20, 30 feet, or if it’s a perfect number, then let’s go right at it and hit it to a foot.  Just kind of coming in I felt like I was in control of my golf game pretty much all day, felt like I could hit the tee shot that I real wanted and it felt good out there.

Q.  We’re still waiting for a current resident to win the event, so what are the advantages or disadvantages of playing at home?

HUDSON SWAFFORD:  Obviously a lot of disadvantages.  It’s tough, there’s a lot more going on.  You’re kind of out of your routine when you’re at home.  It’s nice to sleep in your bed, don’t get me wrong, we don’t do that very much, but a lot more friends and family in town, everybody wants to kind of hang out.  There’s a lot more distractions in a home game, but you can take it two ways.  You can just kind of go with the flow or you can kind of let it wear on you.  Early in my career here I kind of struggled and I just kind of was consumed with friends and family and trying to, you know, hang out with them too much as opposed to just kind of saying no sometimes.  But yeah, it is nice to be home.

Q.  Correct me if I’m wrong, but I think last year when you were here you also had found something with your putting.  Talk about maybe the game and the similarities of finding something close to this event.

Actually making a fair amount of putts to kind of tease myself to kind of be ‑‑ have a good round, so it’s been good.  It’s good to see the putter’s kind of carried over and I feel really confident with that and just hitting a lot of good golf shots.

Q.  Hudson, you’ve probably been asked this, how many rounds do you think you’ve played around both of these?

HUDSON SWAFFORD:  I’ve played a lot, there’s no doubt.  I’ve played Seaside a lot more than Plantation obviously just because SECs, you know, kind of grew up coming over here, working with Todd Anderson and being family friends with the Everetts, Tal Everett, so I’ve played these golf courses a lot.

HUDSON SWAFFORD:  Yeah, I’ve played a number ‑‑ I’ve played numerous rounds on them, for sure, yep.

Q.  Hudson, just adding the Plantation to the rotation of the tournament, do you have any kind of a mindset of you get that one day with four par 5s, I’m going to attack them?

HUDSON SWAFFORD:  Absolutely, yeah.  I mean, you’ve got to attack the par 5s on the PGA TOUR.  I mean, par 4s are getting longer and longer, par 3s are getting harder.  You can get the par 5s here on the Plantation, so it’s kind of nice having four of them because really the ones on Seaside, 7, if you get a right wind you can get there, but man, it’s a tough par 5 really.  I think it’s a really good hole.  15’s a tough, demanding driving hole, especially usually with the north wind so you get a crosswind there.  So I’m not going to say any par 5’s a gimme, but you can go off these par 5s on the Plantation for sure. 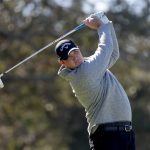 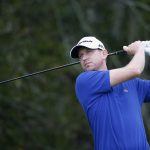