CHARLES HOWELL III: Probably a mix of both, to be honest because yeah, I have memories of, you know, myself playing as a kid at the Beach Club, then bringing our kids here and playing. So yeah, a mix of a vacation spot and a golf spot really, I think both. But there’s enough golf here and enough challenging, hard golf to where it gets your attention. It’s not like, hey, I’m just going to go out there and have a blast today. I mean, it gets your attention.

Q. If you had to grade yourself and both are going to be good scores, did you play better yesterday or today?

CHARLES HOWELL III: I probably played a little bit better today because the golf course is a little less comfortable and some of the winds on some of the tee shots. I’ve almost done everything in my career, but playing with a lead isn’t one thing I’ve really done a whole lot of. I could talk to you about finishing second or third a lot. As many golf tournaments as I’ve played, this is still relatively, say, new for me, which is kind of surprising at almost 40 years old that that would be something new, you know what I mean, after 100 or whatever it is 30 golf tournaments I’ve played.

CHARLES HOWELL III: No, I don’t really get nervous. Sometimes I’ll jump ahead of myself and yeah, I get a bit excited or, you know, try too hard at times. I would say kind of those are the things. I think there’s things that playing everybody it’s just different golfers have found certain ways of dealing with them better. Like a Tiger Woods throughout his career or any guy that’s won a lot, Davis Love here, right, he’s won 20 times, they found a way how to deal with that and keep getting the best out of themselves when they’re slightly uncomfortable.

Q. So would you call this the best 36 holes of ball striking that you’ve had?

CHARLES HOWELL III: I think it is. I can’t think of a better one.

CHARLES HOWELL III: I’m trying to thinking quickly in my head. No, I can’t, not on a golf course like these with the wind blowing and things like that. Maybe a couple days in Palm Springs one time, but no, never this.

Q. On kind of the balance, I saw some stuff from you yesterday about how much you love to practice and getting onto the golf course.

Q. What does getting onto the golf course, what is it doing for you?

CHARLES HOWELL III: Well, it’s at the end of the day golf isn’t the driving range and golf isn’t the putting green. That’s just practice and golf is actually golf on the golf course. So Grant Waite and I back home made an effort and will continue to make an effort this golf season to get on the golf course and work out there. You know, work through these situations, okay, what makes you uncomfortable, hit a couple bad shots, deal with that and keep moving. The driving range, you don’t deal with those, you just rake another ball over and

CHARLES HOWELL III: That’s correct. So there’s a time for the driving range when it comes to practice, your mechanical work and whatnot, but there’s also a time to get on the golf course and try to transfer it somehow because this is ultimately where we’re judged.

Q. (Inaudible.) Is it easier to do that then and look ahead or is it almost easier to not because you know the temptation would be there to

CHARLES HOWELL III: It’s probably easier not. And this golf course, too, it’s like everywhere you turn. Like the difficulty of the shots, I think it keeps you in the present much easier. If it’s, say, a wider open course or less intimidating looking, it would be different. I think this course kind of keeps you in the moment because of the shot right at hand as opposed to letting your mind wander a bit. I think it kind of helps that.

CHARLES HOWELL III: Probably 14 just because, yeah, it was blowing pretty hard there on that hole and that’s a hole where you’re on that tee box, you’ll take a 4 and run, and made a 3 there. It was in off the left and just uncomfortable. But yeah, that hole there, because if you make three 4s there throughout the week, you’re happy. So to make a 3 there, it’s a drive and a 9 iron. The tee was up today because of the wind. But yeah, that one.

Q. What does 16 look like? I’m trying to remember.

CHARLES HOWELL III: Straightaway par 4, has the water and marsh short and left off the tee.

CHARLES HOWELL III: You just never know what’s around the corner in this game. I thought I played pretty good in Mexico and just missed the cut there by a couple. Came here, I like it here, I like the place. I didn’t really know what to expect and then this happens. So it’s a crazy game and we’re reminded of it daily, but I think this is another reminder.

Q. Interesting observations. I’m keen on the comfort level with the golf swing because there’s some daunting shots with crosswinds and you just stepped up and delivered day in and day out.

CHARLES HOWELL III: I’ve been doing a bunch of work at home with Grant Waite and we started to transition a lot of our work on the golf course to situations that make me uncomfortable. I think the one thing you learn is that the uncomfortability doesn’t really go away, you just have to keep practicing it. There’s not really a magic pill for it. We’ve been working hard, but a lot of guys do. It doesn’t necessarily bleed into results, but fortunately so far it has.

Q. And the comfort level around the golf course?

CHARLES HOWELL III: I like it. I played here a bunch. I first came here when I was 8 or 9 years old as a kid. So back when I was fearless. But no, I’ve been here a lot. There’s a lot of golf left, especially two more days on Seaside. Winds will lay down a bit, so I’m quite sure you’ll see a lot more birdies. 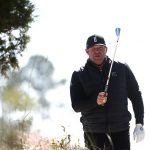 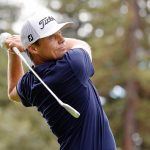