The McGladrey Classic Welcomes Martina McBride as the 2015 Concert Headliner

Today, the Davis Love Foundation announced that it will bring music superstar Martina McBride to the Golden Isles to perform live at The McGladrey Classic, an Official PGA TOUR Event, sponsored by McGladrey LLP, the leading U.S. provider of assurance, tax and consulting services focused on the middle market. The concert, presented by Southeast Georgia Health System, will take place on Saturday, November 21 at 7 p.m. at McKinnon St. Simons Island Airport.

“We’re thrilled to bring Martina to southeast Georgia for the first time to perform,” said Tournament Director Scott Reid.  “It’s going to be a fantastic concert for what we believe will be a sell-out crowd.”

McBride grew up singing country music in rural Kansas, accompanied by her father’s band. She and her husband, John, moved to Nashville in 1990. He became the city’s most successful and respected recording studio owner, and she became a country star.  To date, Martina McBride has had 20 top-10 hits, six No. 1 smashes and has sold 18 million albums. She released “Everlasting”, her twelfth studio album, last year.

The Country Music Association has named her its Female Vocalist of the Year four times. The Academy of Country Music has presented her with its Top Female honor three times. The Recording Academy has nominated her for 14 Grammy Awards.

Like Tournament Host Davis Love III, McBride is dedicated to giving back.   Among her many charitable activities, Martina and her fans have raised more than $50,000 to establish the Martina McBride Music Education Program which provides a therapeutic music program for needy children at Covenant House La Alianza orphanage. 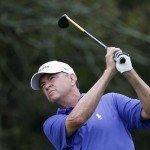 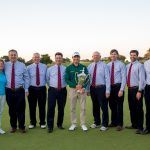