ST. SIMONS ISLAND, GA – April 18, 2016 – The seventh RSM Classic comes to the Golden Isles in seven months. While November may seem to be a long time away, the Davis Love Foundation is well underway with planning this year’s event. It takes twelve months of preparation to pull off the PGA TOUR event which has raised more than $4.8 million for children and family charities and has generated an annual economic impact on the area of more than ten million dollars.

Supplementing the work of the small Foundation staff is an influential group of ambassadors known as the Foundation Club. Formed in 2010 as part of the inaugural event, the Foundation Club advocates for the tournament locally and beyond. The group is instrumental in creating awareness for The RSM Classic, recruiting and retaining sponsors, and encouraging ticket sales.

“The tournament is a great asset to the Golden Isles and provides both overwhelming charitable and economic advantages,” said Rick Ackerman, Senior Vice President Client Development at Sedgwick and Foundation Club Chair. “It’s rewarding to work with the members of the Foundation Club and tournament leadership to help grow the event and showcase the beauty of our community on a world stage.”

“The Foundation Club is instrumental in the success of the tournament. This group, like our community as a whole, has really embraced bringing the PGA TOUR to our home,” said Davis Love III, 21-time PGA TOUR winner, 2016 U.S. Ryder Cup Captain and tournament host. “We are very fortunate that they volunteer their time and talents to share information about our event with a wide network of individuals and corporations.”

The RSM Classic will be held on the Seaside and Plantation courses at Sea Island Golf Club, November 14 – 20. For information on Pro-Am and hospitality packages, contact John McKenzie, Director of Sales, at 912-634-3268 or [email protected] Tickets will go on sale June 1st.

About The RSM Classic

www.rsmclassic.com
The RSM Classic is an Official PGA TOUR FedExCup Event played on the Seaside and Plantation courses at Sea Island Golf Club located on St. Simons Island, Georgia. The tournament (which will be held November 14 – 20 in 2016) is hosted by the Davis Love Foundation, which was established by PGA TOUR pro golfer Davis Love III for the purpose of contributing to the wellbeing and progress of society by supporting both national and community-based programs that focus on children and their families. The RSM Classic is named for title sponsor RSM US LLP (formerly McGladrey LLP), the leading provider of audit, tax and consulting services focused on the middle market, with more than 8,000 people in 80 offices nationwide. 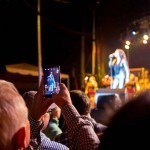