HILTON HEAD ISLAND, S.C. – The oldest golf course on the island is also the newest.

Golf didn’t come to Hilton Head Island until 1961 with the opening of the George Cobb-designed Ocean Course. Now, after a yearlong shutdown, the layout has been transformed completely by Davis Love III into the rechristened Atlantic Dunes. It forms part of a three-course menu (along with Harbour Town Golf Links and Heron Point by Pete Dye) at Sea Pines Resort on the far southern end of this Intracoastal island.

Befitting a region where winds, tides and occasionally fickle weather play a considerable role, opening day for Atlantic Dunes was delayed by three weeks thanks to Hurricane Matthew, which hit Oct. 8, a day before the planned ribbon-cutting ceremonies. Thanks to sturdy construction methods and the fact that a lot of trees already had been removed during the renovation, Atlantic Dunes fared better during the storm than many other Hilton Head-area courses. After repairs from water damage and strewn debris, the course was fully up and running. Since then, the phones have been ringing off the hook. A course that did 28,000 rounds in its last full year before the shutdown is now on track to do more than 30,000 rounds in its first post-renovation season.

Hilton Head Island now has 22 courses. The most famous is surely Harbour Town, a Pete Dye design from 1969 (with assistance by Jack Nicklaus) that’s a fixture of the PGA Tour calendar in the form of the RBC Heritage Classic. If the resort suffered somewhat because Harbour Town’s reputation far exceeded that of its other two courses, those days are over. Dye’s redo of Heron Point a decade ago helped that place tremendously. Now Love’s work has lifted Atlantic Dunes far beyond what anyone could have expected of its predecessor.

The routing is basically the same. The established real estate corridors prevented a major realignment, though the original par sequence of 4/3 for the 10th and 11th holes has been reversed, as has the par 4/5 sequence of the 17th and 18th. Major tree work and a lot of ground clearing have opened up the site’s natural features. Old dunes that had been turfed over were scarped out, in many cases replaced by convex sand mounds. Extensive drainage work – far beyond what was standard or affordable back in Cobb’s day – has enabled the layout to dry out. Credit for that goes in large part to the construction team from MacCurrach Golf.

On the design side, bunkers that once clogged up approaches to elevated putting surfaces have been pulled
back, opened up and placed more thoughtfully – and randomly. Green surfaces were dropped back down
to natural grade and expanded to an average of more than 7,000 square feet – nearly twice the size of neighboring Harbour Town’s greens.

The par-71 layout stretches from a family-friendly 3,924 yards to 7,010. Bermudagrass turf quality is top-notch thanks to Tifeagle greens and Celebration tees and fairways.

It looks and feels like an entirely new course. As for the course name, it’s validated not only by all the sand-strewn surrounds but also from the dramatic view obtained on the uphill, par-3 15th hole as you approach the skyline green. All of a sudden, the beach is revealed, with the sparkling waters of the ocean behind. Atlantic Dunes shines. 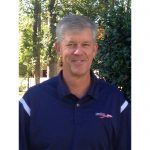