Q:  We would like to welcome Kevin Kisner to the media center here at the RSM Classic.  Kevin, last time we saw you was at the Presidents Cup where you helped lead the U.S. to a victory.  After the time off, where’s the game right now coming into this week?

KEVIN KISNER:  I was pleasantly surprised today after an extended period of time at home, so ready to get going, excited to play.  It was a good time off and first time in 10 years that I’ve had that amount of time off, so I’ve really enjoyed it.

Q:  And you’ve had success here in the past, including your first career victory on the PGA TOUR, which was in 2015.  What is it about the two courses that you like and how do they fit your game?

KEVIN KISNER:  Well, I played ‑‑ I got a lot of experience on the golf courses.  I lived here for a year after college and played exclusively out here and a number of SEC championships on the Seaside course, so I feel really comfortable with the different shots and around the greens and understanding the golf course.  So last year I thought it was a little bit of a fluke how well guys played, so hopefully we’ll get a little more wind and it’s a little more difficult this year because that’s the way I think the golf course plays great.

Q:  Looking back on last season, you accomplished a lot of your career bests, and as we look ahead to this week and the new calendar year, what kind of goals do you have set for yourself that you want to accomplish this year?

KEVIN KISNER:  Well, number one start of every year is to get to East Lake and the TOUR Championship to have a chance to win the FedExCup.  That’s an ultimate goal for all of us.  Having been there three years in a row, I would like to have to miss one.  To have that opportunity is what we play for, and after playing in the Presidents Cup, I don’t want to miss a team event.  That’s the most fun I’ve had in my career on the Tour is playing with other guys and getting to know them well and looking forward to have a chance to go to France and representing our country again.

Q:  With that, we’ll open it to the floor for questions. Kevin, is it all about short game here or is that kind of an oversimplification?  Maybe the Plantation is a little bit of an aberration because you’re going to play Seaside three times, but just specifically referring to the Seaside, starting on the tee and then up to the green, what’s the most important shots you need to have to be successful out here?

KEVIN KISNER:  I remember when I was in college, my coach always talked about hitting the middle of the green on every hole and you have a good chance at making birdie.  That’s kind of true all the way through unless you get a perfect day with no wind, then you can be more aggressive.  But a lot of holes have crosswinds and it’s difficult to judge the distance and how much it’s going to curve.  So I think hitting the greens is huge because of all the runoffs, it’s hard to get a ball up and down.  It just happens to run off just into the rough most of the time and it’s difficult to get it up and down.  So I think hitting the greens is probably the biggest key on the seaside.

Q.  In college you played this course in April and I guess maybe the wind was a little bit different, but do you like it at this particular time of year?  They’ve tried maybe late October, a little bit earlier in November here.  Do you think they’ve hit on the right time of year for this golf course?

KEVIN KISNER:  The golf course is in fantastic shape, I love it.  They didn’t overseed this year and I think it’s playing firmer and faster and it allows you to, you know, you’ve got to be a little more careful whenever it’s not soft and those approach shots become more of a premium in my opinion when it’s firmer.  So I love this time of year, and as long as it doesn’t blow 30 out of the north, I think everybody would enjoy it.

Q.  A couple questions.  First of all, what did you do with all your time off?

KEVIN KISNER:  We had a baby two weeks before the Presidents Cup, so tried to learn how to parent two children, which is mano a mano contact.  So a lot of hangout with the family.  We had our first foundation event two weeks ago at Sage Valley Golf Club, so that was a big success and that was a lot of work going into that.  So after that I decided I need to practice again because my bank account was getting a little low.

Q.  And now after a couple pretty good seasons, do you look at yourself as a different player, do you expect more out of yourself each and every week going out there?

KEVIN KISNER:  I think it’s difficult to say.  You don’t ever want to feel like you’re on top of this game because it’s the most humbling game in the world.  I think just setting a plan is one of my biggest deals of what I want to improve on, what I need to get better at and let the results speak for the hard work I put into this.

Q.  What do you need to get better at?

KEVIN KISNER:  Just a continuation of what JT and I have been working on on my golf swing, improving the areas that ‑‑ you know, scrambling wasn’t great last year so I’ve working hard on that and always working hard on the putter because that’s where I’m going to make my money.

Q.  This tournament was your first victory.  Looking back, can you recall how much it changed your life to have your first PGA TOUR victory, what this meant to you?

KEVIN KISNER:  Well, obviously the job guaranteed for two years is huge.  That same year I had finished second three times, so it was a big weight off my back to finish one off, although I felt like I played well in all the other ones.  I came here with a three‑shot lead on Sunday and that was a pretty anxious day because I knew I had the perfect opportunity to win, and to go out and play the way I did, I was pretty proud of myself.  So every time you win, you want to win again and to have that opportunity here was awesome because I played here so many times and we’ve got so many friends and family in the area and really cool atmosphere for that day.

KEVIN KISNER:  One hundred percent, yes.  You can make a schedule around the places you want to play, you can know that you’ve got a job for two years.  Obviously there’s a financial aspect to it, but that’s not really what we play for.  To understand that now you’re a winner on the PGA TOUR, you really want ‑‑ the goal is to continue to win.

Q.  You were looking forward to being a part of the team deal.  Take us inside maybe a scene or two that you experienced that even went beyond your expectations.

KEVIN KISNER:  Well, obviously getting paired with Phil was pretty cool.  He played in 25 team events or something around that number.  The cool part was just seeing the different ways that he pumps you up and the way he has to pump himself up.  I laughed at him, he laughed at me and it was a pretty cool part.  The other part was just getting to know the guys on a different level because you’re around each other 24/7 basically except when you’re sleeping.

I tell people all the time, the team meetings were the funniest part because we all just sat around and made fun of each other and laugh and you don’t ever get to do that in a regular Tour event.  You get done, you do your thing, he does thing, you see him the next day.  To be able to stay, hang out and really get to know each other on a different level was cool.

Q.  And at the PGA you had that great run, you played so well for so long, it didn’t end like you wanted, but what can you pull out of that experience?

KEVIN KISNER:  Well, the goal last year was to get the opportunity to, a chance to win a major.  I made a bunch of cuts in majors but never really felt like I was in contention.  So I wanted to get in that position to understand that because I think that’s huge going forward to win one, you’ve got to understand what the pressure is.  It was an awesome setting at Quail Hollow, really good chance to win, and I kind of came back there late on the back nine and then let it get away.  But I was pretty excited about where my game was and the opportunity to get back in the fire.

Q.  When you come out on Tour first time, particularly now that we’ve gone to the wraparound schedule a lot of young players will try to load up on fall events, probably for obvious reasons, but as you kind of progress from newcomer to somebody who has kept his card for a while, has your approach to the fall changed and do you feel like if you don’t hit a certain point total, maybe you enter January behind the eight‑ball?

KEVIN KISNER:  Well, I’ve done it two different ways the last two years.  I played great in China two years ago and finished second, got a ton of points and was way up there and then I came here and won, so I think I was leading the FedExCup after at fall and made it to East Lake.  And last year I had a terrible fall and missed the cut here, didn’t play great in Asia and finished the highest I’ve ever finished on the FedExCup.  So I’m not sure of the best way.  Obviously the number thing to do is play well and the way I’m going to play well is go to places that I love to play and play well at those courses.  I’m setting my schedule up to ‑‑ this year was to get some rest after a long finish and then know my schedule for the rest of the year at places I love to go play golf.

KEVIN KISNER:  You got it.  Everybody, Jack’s first press conference. 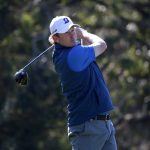 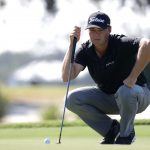