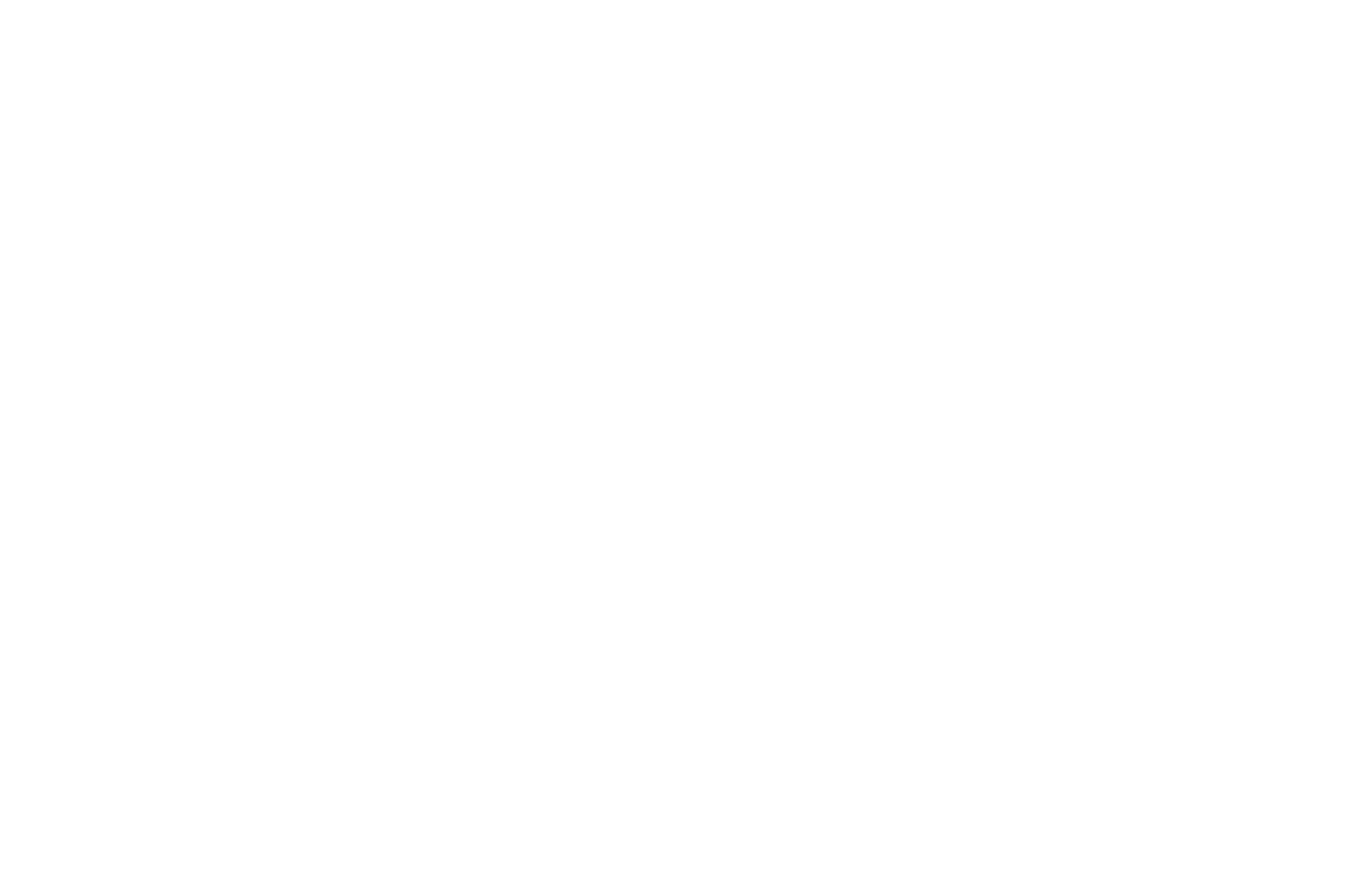 Q:  Like to welcome Kevin Kisner, defending champion to the RSM Classic.  Before we get started with the tournament, let’s just talk about the major championship last night, the Wiffle Ball Classic.  You were downgraded, I don’t know if it’s a downgrade, from manager to captain.  It could have been upgrade.

KEVIN KISNER:  We’re still wondering.  I wanted to retire 1‑0 as the manager so I think they demoted me to captain last night, which I’m not sure what that was even for before I was there and it was a great cause.  My wife’s involved in the Wives Association so she’s big into that.  We had a good time, the kids love it, that’s what it’s all about.

Q:  And raised $35,000.  So anyway, you’re back here to defend your title after setting a tournament record, 22‑under 260 last year.  I was just reading you’ve had like 10 rounds of 67 or better on this golf course or these golf courses.

Q:  What is it you love so much about this place?

KEVIN KISNER:  Very familiar with the golf course.  Played SEC Championship here all four years in college, lived here for a year right out of college and then three months last year.  A lot of rounds around here, a lot of practice, know the golf course well.  Normally can putt well on the bermudagrass, so comfortable on the greens and you’ve got to make a lot of six, eight‑footers around here for par and birdies, so that’s what I did so well last year.

Q:  This time last year you had led the FedExCup through the fall series.  What’s different this year for you?

KEVIN KISNER:  I’m not leading.  Does that help?  No, I’ve only played twice.  Didn’t play well either place really.  And last year I finished second in China and then won here.  So let’s just win here and we’ll move right back to where we need to be.

Q:  Earlier last season you were going through a couple of struggles but you finished pretty good. I’m looking at this, you made a bunch of cuts at the end, you made every step of the Playoffs.  Not a whole lot of top 10s but there was a lot of solid finishes.  Did you discover something late spring, early summer that helped you out and is that kind of continuing on?

KEVIN KISNER:  Last year for me was a struggle most of the year.  As consistent as I was making cuts and playing a lot of ‑‑ I made the cut in every major and played a lot of four rounds, but I never felt confident as I did in ’15.  So I’m working really hard to get back into that feel and that confidence that I had.  I never felt confident on the long game like I did in 2015, so that’s kind of the area that we’re working hard on and starting to see some results I want to see, especially on the range.  Hit a lot of good shots on the course today, so I’m excited where it’s going.

Q:  Is there something to be said for maybe not having your A game but still grinding, making cuts?

Q:  You made every step of the Playoffs and you got to Atlanta, so is there something to be said for figuring out a way to score?

KEVIN KISNER:  Yeah, I think it proves that I’ve become a better player, more comfortable in my skin that even when I’m not confident, I know that I can still get it done or not hitting it the way I want to.  So I’m looking forward to when that comes back to the level that I want to see it and see how well I can perform.

Q:  What advice would you give your Shark Shootout partner, who seems to have a year that almost parallels yours quite a bit?

KEVIN KISNER:  It’s funny, we were texting last week about something and he asked me how I got something, and I said, Well, when you win one actually, you get stuff like that.  We’ve got plenty of little hits that each other, but the thing is, if you keep doing what you’re doing and you keep putting yourself in that position, you’re going to win one.  It’s just a matter of time.  You’ve got to stay patient.  He’s a hell of a player and he’s going to win plenty of times on Tour in the next few years.

Q:  Is there any frustration when you got here because Kevin said there’s nothing wrong ever with playing good golf.

KEVIN KISNER:  Yeah, I don’t think so, either.  That was the common thing that everybody asked me in ’15 when I was losing in Playoffs and I kept saying, I’m fine with it, it’s not like I’m making triple bogey on every hole in these playoffs and giving it away.  If I keep doing what I’m doing and hitting the shots I’m hitting and making putts, I’m going to win plenty and I’m happy with the way I’m going.

Q:  Does this course feel short to you and do you think that plays in your strengths or just sort of plays into everyone’s strengths just the fact that Seaside is a shorter course?

KEVIN KISNER:  Yeah it’s a shorter course that we’re accustomed to and it takes kind of the bombers out because there’s a lot of angles that you can’t just bomb it forever.  There’s dog legs, there’s bunkers in play.  Kind of puts everybody in the same area off the tee on most of the holes, which I love.  And if they spray it, they’re going to hit it in the ocean, which is more fun for me.  I love the setup, especially when the wind blows, it really brings out the ball strikers and the guys that are hitting it straight, you’ve got to be in control of your ball.  And around the greens it’s all run‑off so the ball’s always getting further from the hole if you miss a green, so you’ve got to be confident with your short game.

KEVIN KISNER:  A lot of falling into old stuff.  Probably playing through a back problem that I shouldn’t have played through and got me in bad habits and continued to play through it.  But not going to just shut it down.  I’m too hard headed, and we all are.  So I’m really excited with where it’s going and seeing a lot of great results in the last couple weeks.  Didn’t play well in China, but came back home and got a lot of good work in after that.

Q:  How long has the back been bothering you?

KEVIN KISNER:  Oh, it’s great now.  Just in the spring of last year I played through some stuff I probably shouldn’t have, but it is what it is.

Q:  When did you know this was going to be a tougher year than last year?

KEVIN KISNER:  Yeah, absolutely.  Started off great, played great in Maui, played great in Honolulu and then it just kind of spiraled to probably getting too comfortable, too confident with myself where I didn’t put in the hours and the time on motion and stuff that got me to where I was.  Then it just kind of snowballed to playing through an injury, not working as hard as I should have, thinking I had it probably mentality too much and now it’s back to grinding it out, hitting tons of balls and doing the things I need to do to get it back to where I was.

KEVIN KISNER:  I don’t think I’m ever intimidated.  I’m not going to war and getting shot at or anything, I’m just hitting golf balls.  People get so worked up about a golf ball going into water or something, it’s just not that big a deal.  But I would say that I probably lacked confidence, which could be construed as intimidated.  Whenever I’m confident, there’s nothing really intimidating about golf to me.

KEVIN KISNER:  Yeah.  If I don’t know where it’s going, then I’m definitely vulnerable in that area.

Q:  Did you feel the win last year sort of coming on after your finishes here in past years, did you feel it?

KEVIN KISNER:  Well, I knew I was playing well.  I remember after the first day I shot 65 or so on the Plantation I walked off thinking, that was not very good, I thought I could have shot way lower.  So when you’re feeling that, that’s when the game feels easy and that’s when it’s fun to play and that’s when you know you’re going to be in contention on Sunday.

KEVIN KISNER:  “How would you rate your year last year” would probably be a good question.

KEVIN KISNER:  Yeah, I don’t think y’all ever asked that.  No, I would think it was a pretty good year compared to ’14 to ’15, ’15 to ’16; change in life, schedule, expectations, dealing with everything and still making it to East Lake’s pretty impressive in my finish. 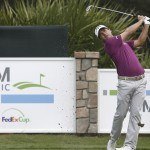 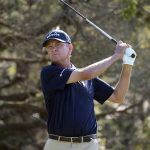