BRENDAN STASIEWICH: I’m pleased to welcome Jason Gore into the media center after a third round 66. Jason, the way you opened that back nine today, kind of tell me how that went down.

JASON GORE: Well, after missing the little gimme on 9, it kind of just kicked me in the butt a little bit. I don’t know. I’m actually really trying not to care, but the competitive thing inside you kind of gets going, so I don’t know. I just hit a few good shots and made a few good putts. It didn’t affect me, it was just one of those things that just kind of got a few things going.

Q. How much fun is it to play in a group when all the leaders are kind of together, you, Cam, and Charles all just shooting it out, you know, the leaderboard is right there in front of you with the group that you’re in.

JASON GORE: Well, it sucks to watch a guy hit it 100 by you, to be honest with you. It was fun, they’re both really good guys. I had to apologize on 18 to Cameron because I pretty much talked his ear off, but I guess I turned into Lee Trevino with no talent, I don’t know.

Q. What did you hit for your second shot into 15?

JASON GORE: It was lumber. It had a head cover on it. That’s why Curt Byron came up to me and said, “See, you have to know your game.” I’m like, yeah, you just have to neck a driver to get in the perfect distance for 3 wood. It’s my favorite club and I just hit it right up there about 15 feet.

Q. And what was the internal dialogue after 9?

JASON GORE: I don’t want to I can’t say it. There was some curse words, there was a lot of banter, self bashing, but it was just one of those things. It was like, honestly, it was the only thing I’ve been thinking about in my putting this week is keep my grip nice and soft, and I think I just kept it so soft the putter kind of flipped out of my hands almost. It was an A for effort, but F for execution. Things like that happen. You know, it was a little grainy around the hole and I watched my ball roll by and it didn’t break too much. Then I kind of hit it right center and it just kind of snapped off. I don’t know, you have to at my age you just I just try to gather myself. Thank God it was a nice long walk from 9 to 10 tee and kind of just gave myself a little expletive laced pep talk and just got it going on the back.

Q. Where has being a part time player been a disadvantage on the weekend, or where is it maybe an advantage?

JASON GORE: I’m not even a part time player.

JASON GORE: Well, that was last year. This is a new year, remember? It’s the wraparound season.

I don’t know. I think it’s just the first time in probably two years I’ve been healthy. Had that little back procedure and it’s been bothering me for a long time. I was just always afraid to go under the knife. Backs aren’t really we’ve watched somebody not have great success with it. It’s panned out for him.

But I love being a dad, I love being home, I like doing what we’re doing. I like entertaining people, it’s fun. I just feel like I can just go out and be myself. I don’t know, I like being home. We’ve got a great new house and I’ve got a great wife and two great kids, and it’s just kind of nice to wake up every morning and take them to school and not hear the, “Hey, Dad, thanks for stopping by,” kind of deal.

It’s been awesome. I’ve been out here for 20 something years. You know, no matter what happens, I’m fine, I’m good with it. I can figure something else out to do. I’ve met a lot of great people along the way, I’ve been very fortunate. If I’m holding the trophy tomorrow, super, and if not, guess what? I still have a great life and I’m very fortunate.

Q. How would you characterize the nerves, if you have had any this week?

JASON GORE: Shot, shot. You know, I wasn’t actually nervous at all on the first tee, I was just kind of fine. Charles is a great guy. You know, we’ve been out here forever together and like he’s so easy to play with. He’s just a dream to play with, he’s that guy.

But yeah, I was pretty good on the first few holes and then, you know, I kind of pulled the wedge on 2 and kind of had this little kind of funky shot that kind of went up and down. That’s when it kind of was like, oh, boy, like this is bad, right?

And then the four footer on the third hole when I missed, just it broke again too much. But then I was fine. It was like once I made the bogey, I was like, what are you doing? Just relax and have a good time. Made a few good shots from there and made a great up and down on 5 and birdied 6 and it was cool, like it was fine. But yeah, there’s not really many nerves.

Q. Did you used to be that way?

JASON GORE: No, no. I’d punch you in the face if you got in my way, including myself. Punch myself in the face.

But no, I love the game, I love everything about the game. I love the little unspoken rules with the game. It’s like baseball, I like all the guy hits a home run, he shows you up and throw at him the next pitch. It’s stuff like that.

As a competitor, you just get involved, you kind of get going. I’ve really done this week what the guy I used to work with, Preston Waddington, said, “Just stick to one shot at a time,” and that’s all I’m doing. I’m not standing up over a shot and overanalyzing. I’m like, okay, there’s the shot, hit it, go from there. If it doesn’t come off, oh, well. If it does come off, great. I’m just kind of playing the game.

Q. You’ve won on this big stage before. What do you have to do tomorrow to bring it home? Will it be controlling your nerves, what will it be?

JASON GORE: I don’t really care, to be honest with you. What am I going to do tomorrow? I’m going to show up. I’ll be here, I’ll be on the tee on my tee time, I’m going to put the tee in the ground and I’m going to hit it. I wish I could give you some profound answer, but that’s really all I’ve got.

It’s not going to change my life. Well, it could change my life, but I’m not going to look at it that way, how about that? I’ll be honest with you. I’ve been here before, I’ve won seven times on the Nationwide Tour Web.com Tour, excuse me once out here. I’ve done it. So, you know, I’ll dig in somewhere deep and try to find it. I just want to go out and compete. I don’t really care about the what it adds up to be, I just want to be competitive just because we’re all competitors.

Q. Afraid to ask it now because I think you’ve kind of answered it, but if today and you mentioned the other day it had been forever since you had been on the weekend, if today was a test or a gauge, is tomorrow a different kind of one?

JASON GORE: No. I think yesterday and today were the big ones because, I mean, like honestly, I probably shouldn’t even be saying this because I know it’s not going to be off the record, but when I got the sponsor’s invite Sunday night and we hurried up and made a flight and I was driving in the car, I was sitting in the back seat with my son, my wife’s chauffeuring us because he wanted me to watch him play the video game. So we’re sitting in the back seat of the God help us minivan and I’m sitting there thinking, “Why am I going? This is crazy. I’m not ready to play.”

It’s like, and then my wife goes, “Do you want to turn around,” and I’m like, “Let’s just go. If I just make the cut there, then I’ll shuffle up and, you know, maybe I can get into a few more tournaments, who knows.”

But that was my idea going in. So yesterday, shooting 63 on a day on Friday to make the cut, I think that was a big that was the big day for me. Today was kind of like, okay, cool, like all this is gravy.

JASON GORE: Tomorrow’s Sunday. What else is it going to be?

Q. What was today?

JASON GORE: Saturday. Yeah, tomorrow’s Sunday, and you know what’s the next day after that?

Q. Simple question, but you did ask for this exemption. How many more have you asked for going forward?

JASON GORE: All of them.

Q. Have you written letters already?

JASON GORE: Maybe. I almost got to the point where I was going to start writing them in crayon just to be like

Q. Just to stand out?

JASON GORE: They get thousands of form letters. I was just going to say, Can I play? Check yes or no in crayon and just send it.

This is going to sound terrible and it’s a great place to play, the Web.com Tour, I’m just kind of done. Those kids are really good and it’s not worth missing our child’s life at my stage. It’s an unbelievable place, but at 44, it’s not worth it for me to miss watching a son and a daughter grow up. They’re 14 and 10. It’s like no, I’m not going to sit there and beat my head against the wall against kids that I could be their dad.

Q. When you talk about enjoying entertaining people and watching your son play video games in back of the God help you minivan, at some point it raises a question of, do you really want to be out here? It’s not a negative thing, just an honest question.

JASON GORE: Why do I want to be out here? I love the game.

Q. And the competition?

JASON GORE: Yeah, and the competition’s great. You can’t take that away. Go ask Pete Rose if he wants to play in the MLB tomorrow if you gave him a starting position. You’re gosh darn right he would. This is the greatest place in the world to play golf, and if you love the game, why wouldn’t you want to be here?

Q. That insurance test, Jason, when was the last time you took a test before that?

Q. What was that one?

JASON GORE: I probably cheated on something in college. 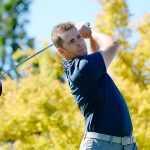 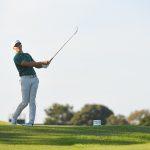