Rogers believes “if you want someone’s attention – be different”.  He has used that approach since he began performing.  He brings the freshest sound in country music and delivers his unique approach to entertainment each time he steps in front of a microphone.  Rogers is rich with emotion and struggle.

“Matt is a perfect opening act for Cole Swindell,” said Scott Reid, the Foundation’s Tournament Director.  “We cannot wait to see him perform in what we know will be a sell-out crowd.  We are so thankful for the support of Southeast Georgia Health System and RSM in order to provide this concert for the residents and visitors of the Golden Isles”.

In May 2016, Rogers was nominated for the Josie Awards as Country Male Artist for 2016. In November 2015, he was awarded The Georgia Country Awards Overall Artist of the Year. In March 2015, Nashville Songwriters Association International (NSAI) and CMT selected Rogers’ song, “I Was Raised,” for a songwriting achievement award. Later that year, “I Was Raised” went on to be selected by NSAI as a Top 40 song. He was selected in August 2015 by NewTown Macon as one of ten artists to contribute an original song for Macon Music Volume 1–a project that best represents the music talent in Central Georgia.

As Matt transitions to the next phase of his music career, he knows that he will not let go of the past. It’s the bumps, bruises, and heartache that make for the next country hit that he will record. He will continue to write, perform and meet the people who listen to and embody the southern traditions and way of life.

Tickets can be purchased now at RSMClassic.com.

About The RSM Classic (www.RSMClassic.com)
The RSM Classic is an Official PGA TOUR FedExCup Event played on the Seaside and Plantation courses at Sea Island Golf Club located on St. Simons Island, Georgia.  The tournament (which will be held November 14 – 20 in 2016) is hosted by the Davis Love Foundation, which was established by PGA TOUR pro golfer Davis Love III for the purpose of contributing to the wellbeing and progress of society by supporting both national and community-based programs that focus on children and their families.  The RSM Classic is named for title sponsor RSM US LLP (formerly McGladrey LLP), the leading provider of audit, tax and consulting services focused on the middle market, with more than 9,000 people in 86 offices nationwide. 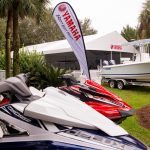 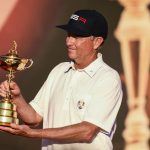