Q:  No problem today, you came out all guns blazing.

BRANDT SNEDEKER:  Yeah, it was good, had a great day.  Kind of hit a couple loose shots here and there, was able to survive getting up and down.  Then I putted the ball fantastic today, so when you roll it like that on these greens, they’re rolling perfect.  The hole looked like the basketball hoop for me today, so it’s fun to hit a few greens, make some putts.

Q:  You had an extended period of time off after the TOUR Championship and the Ryder Cup. What was on offer for Brandt Snedeker?

BRANDT SNEDEKER:  Yeah, I was overseas for a few weeks, played the Fiji Open and played Japan so had those couple weeks.  And then last week I was at home, so trying to get some rest, recharge the battery.  Had kind of a crazy, hectic end of the year, so did that.  Feel good, feel rested and decided to get down here and see Captain, see Davis and it was a lot of fun out there.  It was cool to be out there with him.

BRANDT SNEDEKER:  It’s unbelievable.  We talked a little bit about it today and he was saying he’s still kind of in disbelief that he’s going to go into the Hall of Fame.  I think Kooch and I were both laughing like it should’ve been done quite a few years ago, you deserve it.  We talked some Ryder Cup stories today from this year and had some fun.  It was the first time we’ve really been together for a bunch of the guys.  It’s fun this week to hang out. 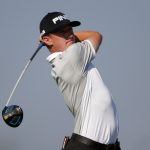 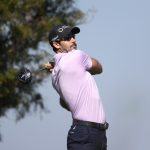