Ken Vedrinski is executive chef, owner and sommelier of Trattoria Lucca in downtown Charleston and his newly opened all Italian seafood restaurant that overlooks the Atlantic Ocean, Coda del Pesce.

Moving deftly through an award-winning career spanning decades, and a variety of haute cuisine styles, Chef Ken Vedrinski has found his passion and heritage in Italian fare. A three time James Beard Award semi-finalist, he has found his “place” in Charleston, a coastal city rich with fresh bounty from the land and sea, and a long way from land-locked Columbus, Ohio where he was born.

Vedrinski grew up cooking in his grandmother’s kitchen under her passion-infused, Italian-influenced tutelage. He was an eager student with such fervor for food that it led to his degree in restaurant management from Columbus College and a three-year apprenticeship under Certified Master Chef Hartmut Handke. His lifelong passion and career was ignited. Years later, Vedrinski was also awarded an Honorary Doctorate Degree in Culinary Arts from Johnson and Wales University.

His first role as an executive chef was at the acclaimed Opus Restaurant in the former Swiss Hôtel Atlanta, where his talent was quickly lauded when Opus was named “One of the Best New Restaurants in America (1991),” by Esquire Magazine. Chef Vedrinski was an early adopter to the practice and promotion of farm to table freshness as he heralded Georgia homegrown foods, landing him a spot on The Today Show.

Vedrinski also served as executive chef at The Restaurant at Woodlands Inn & Resort where he earned the only Mobile Five-Stars awarded to a South Carolina restaurant. In 2002, the restaurant received the only perfect food score in North America by Condé Nast Traveler.

Vedrinski then moved to Daniel Island, a suburb of Charleston, where he co-owned and operated Sienna Restaurant, his first professional commitment to exclusively Italian cuisine. Once again, Esquire Magazine took notice with yet another, “One of the Best New American Restaurants (2004),” designations. (“Were I to award points in this annual restaurant survey, only Sienna would get a ten solely for its cooking.” John Mariani, Esquire Magazine)

Embracing his culinary heritage, Vedrinski embarked on food-fueled expeditions to Italy in search of the most authentic ingredients, olive oils and wines. His journeys took him to Lucca in Western Tuscany, which he claims to be the home of “the best olive oil in the world.” Inspired by the beloved olive oil and his love for the region, Vedrinski opened Trattoria Lucca in 2008, acting as sole owner, executive chef and sommelier of the charming Italian restaurant.

In 2013 Vedrinski opened Coda del Pesce just outside of downtown Charleston and right next door to one of Charleston’s most celebrated assets – the ocean.  Diners savor not only fresh, locally or sustainably caught coastal Italian inspired offerings but views of the beach and ocean each evening.  While managing the kitchens of both restaurants Vedrinski was honored when in August 2014 Trattoria Lucca was named one of The Ten Best Italian Restaurants Outside of Italy by The Daily Meal.

With a devoted local following and industry acclaim, Ken Vedrinski, Trattoria Lucca and Coda del Pesce are redefining Italian cuisine in the Lowcountry. 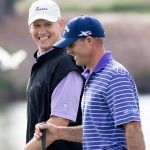