ST. SIMONS ISLAND, GEORGIA—June 20, 2017—For the third consecutive year, Imperial Headwear, the #1 headwear brand for Private and Resort golf facilities as reported by the Association of Golf Merchandisers (AGM) in their 2016 Member Survey, will be the official headwear provider for The RSM Classic, an Official PGA TOUR FedExCup Event. The tournament, hosted by 2017 Golf Hall of Fame inductee Davis Love III, will be held at Sea Island Golf Club, November 13 – 19.

“Imperial Headwear is a perfect fit with The RSM Classic,” said Tournament Executive Director Mark Love. “In addition to their prior relationship with our tournament, Imperial Headwear was the 2017 Jones Cup sponsor which was held at Ocean Forest Golf Club in February.”

“We are proud to partner with the Davis Love Foundation,” said David Shaffer, director of marketing at Imperial Headwear. “The team at the Foundation is doing a fantastic job of making The RSM Classic a premier event on the PGA TOUR and Imperial is happy to be the Official Headwear of the tournament.”

RSM Classic and Davis Love Foundation merchandise is also available through Imperial’s website. The collection can be viewed and purchased at the following link:  RSM Classic Collection 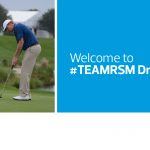 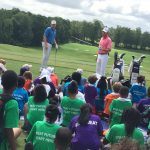